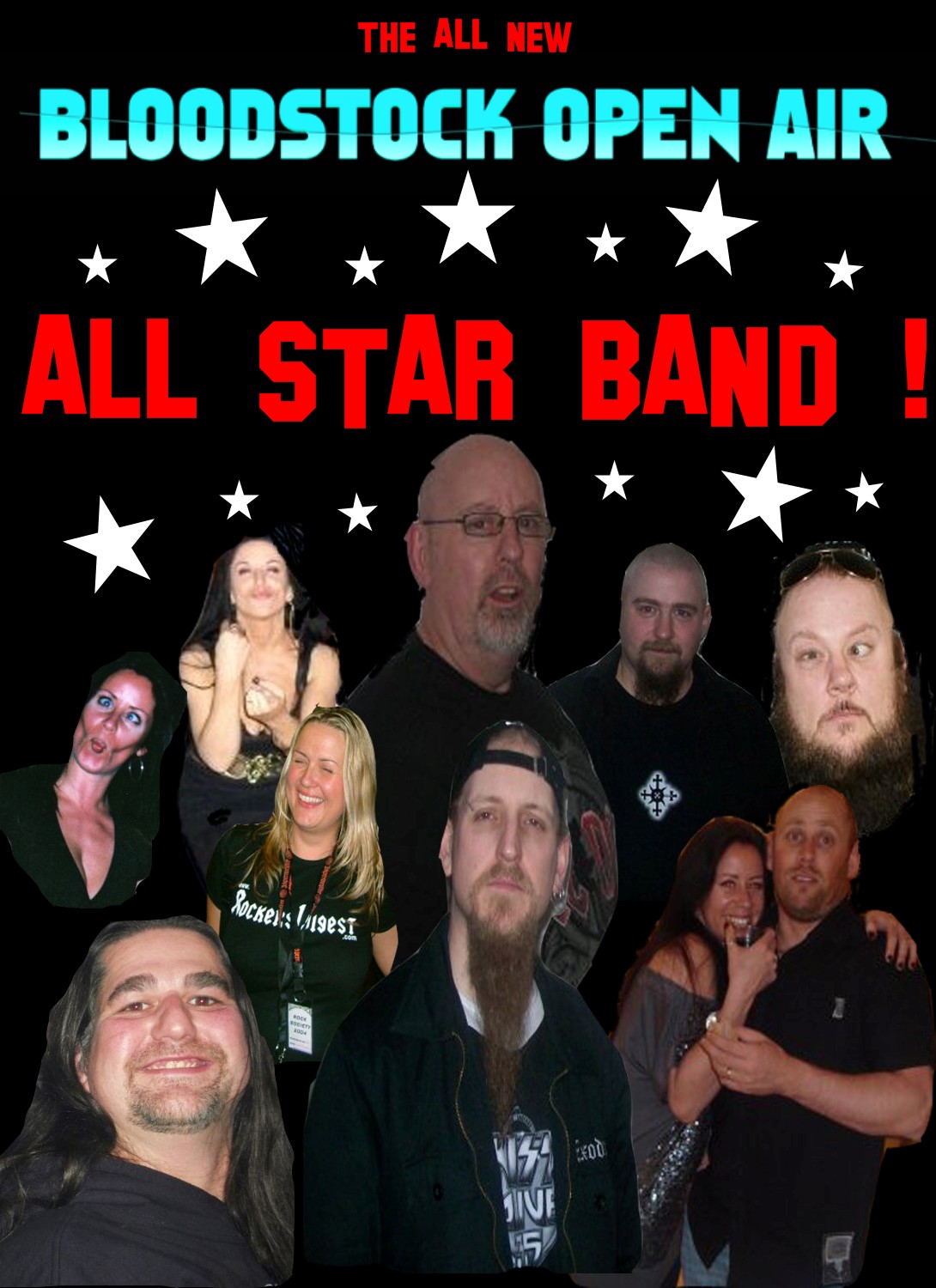 Bloodstock is delighted to announce the addition of something very special this year. Members of the Bloodstock Team have gathered forces to create the mighty BLOODSTOCK ALL STAR BAND!

Fronted by the bearded wander – Lee Heydon, this promises to be the most energetic and interactive show that Bloodstock has witnessed in its ten year history. Covering bands such as KISS, MANOWAR, MEATLOAF & VIXEN, Lee is determined to make this a special show…

“Kiss has obviously played a major role in my life and I want to do it as much justice as possible, so if it means wearing Spandex and Face Paint – then so be it. But as importantly Manowar have also been a huge inspiration and the Spandex maybe substituted with Crotch-Less Leather Trousers! As for Vixen’s influence on the show – I’d rather not comment.”

Lee will be joined on stage by an array of hidden musical talent who will unleash this Metal Extravaganza to the Bloodstock masses…….

THE ALL NEW PLEASURE SLAVES!

“Obviously I’m trained in Classical Ballet and Contemporary Dance, but for this performance we intend to recreate the drama of the songs and add a touch of spice!

The attention to detail is essential and we are discussing costumes as we speak, but needless to say Leg Warmers, Leotards and Sweatbands will be a definite– and all in Pink (Vicky’s Choice)”

BUT THAT’S NOT ALL!

We promised an interactive performance and that’s exactly what is being offered ….

For one show only, Paul Gregory (Bloodstock Founder and Chief Whip Cracker) will be painting a unique backdrop in real time and sacrificing his paint pots to the Gods of Metal! The likes of Rolf Harris (Paul’s inspiration for much of his former creations), has never attempted such an undertaking and it promises to be an eye watering spectacle.