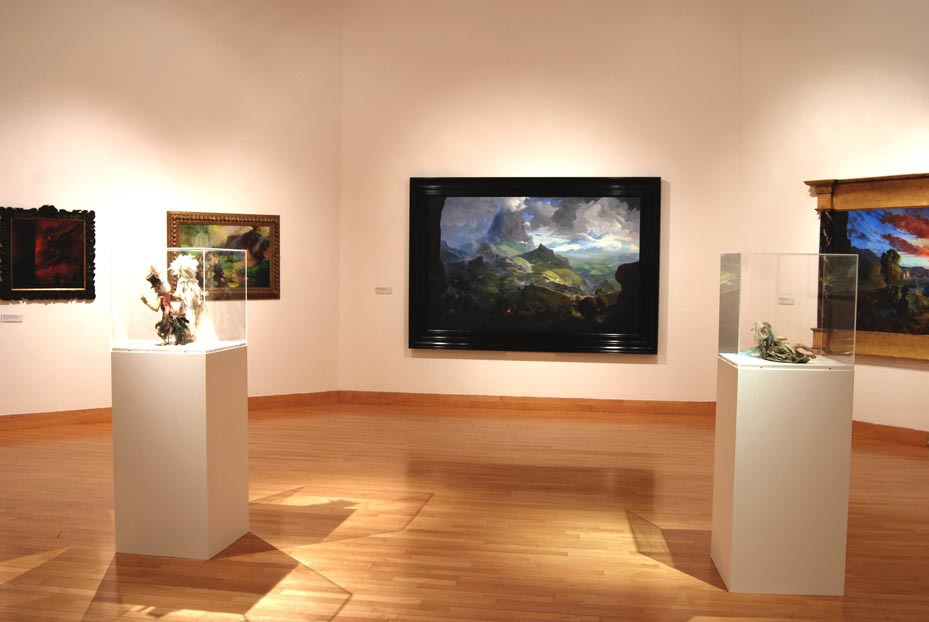 From the Golden Age of illustration from the 1860s to 1920s up to the present day, this exhibition explores the prevailing interest amongst story tellers, artists, film makers and illustrators in the world of fairies. The Truth about Faeries introduces mischievous and bad fairies such as brownies, goblins and trolls; good and beautiful fairies with gossamer wings; even fake fairies. It features the Victorian and Edwardian book illustrations of Richard Doyle, Arthur Rackham and Edmund Dulac as well as by Pre-Raphaelite artists Dante Gabriel Rossetti and Edward Coley Burne-Jones. Fairies manifest themselves in Shakespeare’s A Midsummer Night’s Dream and The Tempest; in classic fairy tales Cinderella and Sleeping Beauty; in Cecily Mary Barker’s Flower Fairies; as well as on page and screen in The Lord of the Rings. They appear in print, paint… and even in the round.
The story is brought up to date with works from contemporary artist  Paul Gregory’s Tolkien Monumental Series and works by  Brian and Wendy Froud, Alan Lee, Patrick Woodroffe, Sean Jefferson and Charles Summers.

The Truth About Faeries was originated by Anne Anderson at Southampton City Art Gallery and the tour is organised by  Expositionis. The exhibition and accompanying catalogue have been sponsored by FOSMAG, Peter Nahum @ the Leicester Galleries and Frederick Warne, publisher of the Flower Fairies™ books.